This Pelton wheel turbine turns a small generator as a demonstration of renewable energy sources. The rubber drive belt between the wheel and generator dry rotted and broke into a zillion pieces. The guys from Miami Exhibits were looking at it and thought it was just dead in the water….

Until I put a piece of yarn on it.

It worked for a few turns then stretched out and slipped. I made another one a bit tighter and put it on there and it’s been working for two days now. 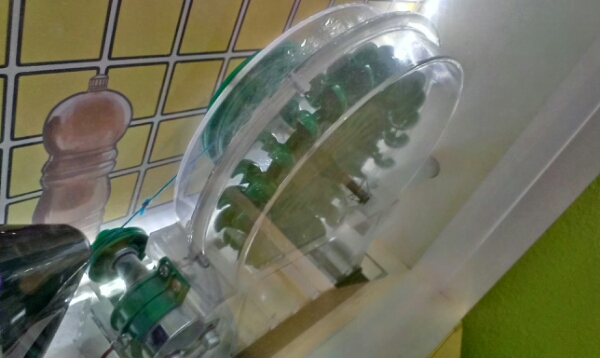