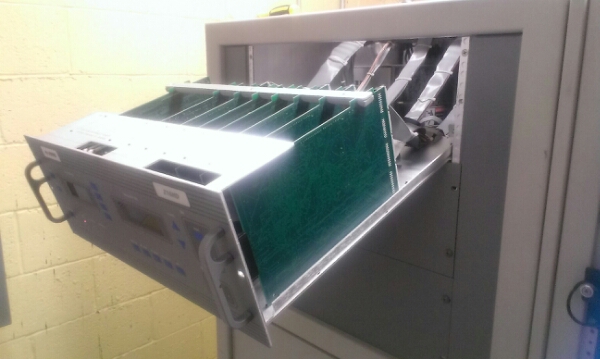 It feels like everyone’s Harris Z transmitters are rotting out all at once lately… We’ve been calling it “Z-Bola”.

These are pretty solid boxes with lots of redundancy and failsafes, but they’re getting a bit old and weird failures are cropping up in the units in the field. 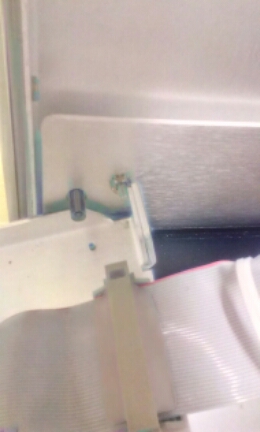 Tonight’s adventure was brought to you by the letters ” P O W E R S U P P L Y C O N T R O L L E R” and the number 2. No clue why — it just up and quit talking to the CPU, disabling one of the two IPAs* and half of the final output modules. Removing power from the controller and reseating the card and its worrisome nest of ribbon cables cleared the fault. However, I was now faced with a new horror: CB1, the circuit breaker in the back which serves as the disconnect for the controller and fan power, would not stay closed, and we were thus more seriously off air! I finally managed to get it to stay latched on by opening the big three phase breaker across the room from the transmitter, closing CB1, then closing the big evil breaker again.

Pheeewwww. It’s always a new adventure with this rig.

* Intermediate Power Amplifier: An amplifier stage used between the signal source and the final amplification stage. Can also stand for a kind of beer. If I liked beer more, this box would have made me want a nice cold one on many many occasions.

Oh, if you’re wondering what holds the controller cage like that, it is NOT hanging by the delicate ribbon cables. It jams against two screws as seen here 😉