It’s big. It’s highly efficient, for a tube rig. It can do analog and HD. It runs the damn lowest stack temperature I’ve ever seen. It’s full of Linux. It has… a curiously labelled hidden pushbutton I’m amused and scared of. It confused so many other engineers they called me in to shape it up! It’s… the Harris Broadcast HPX! (GatesAir branded, nowadays.)

And it inspired me to invent…. ｔｒａｎｓｍｉｔｔｅｒｗａｖｅ

This post is very image heavy so I’ll split it to avoid an endless front page on my blog.

This HPX serves as the backup for a nice solid Broadcast Electronics box that’s far larger in stature but probably lower in efficiency. This one was on the air the whole time. 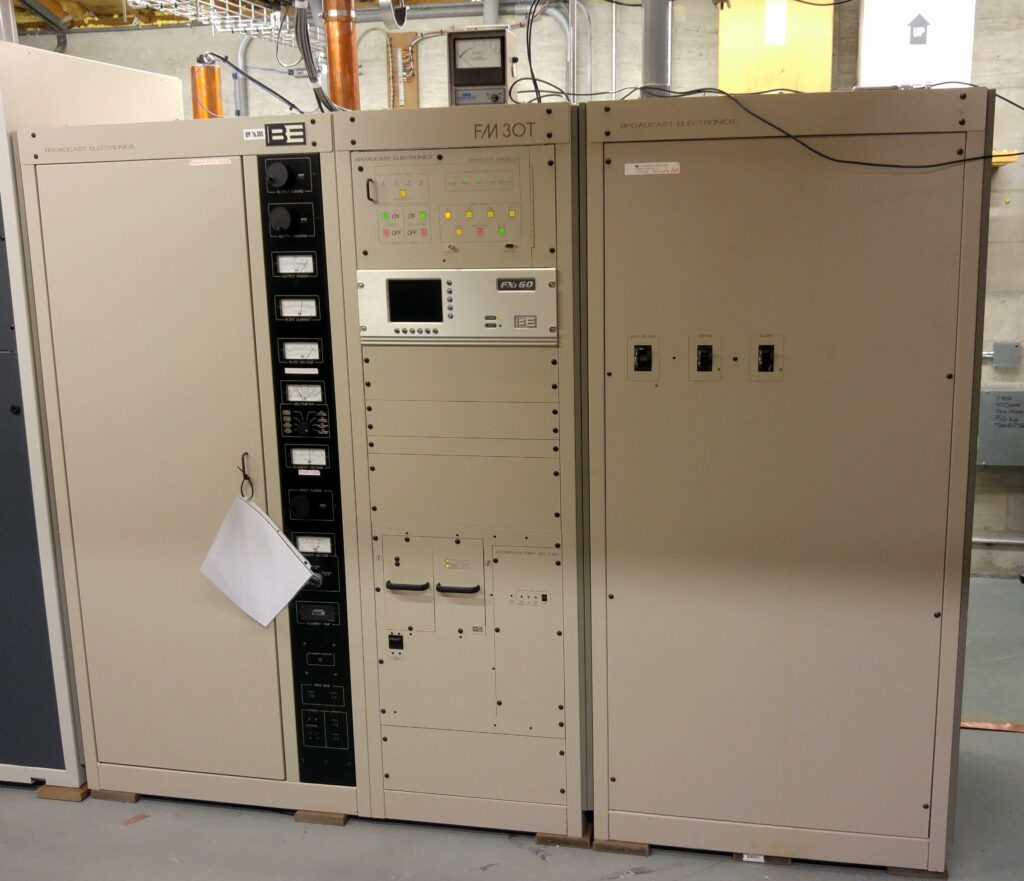 The site is not one I ordinarily work on as it’s out on the Gulf Coast of Florida. Bit of a trek for me, though it’s probably about the same distance as one I work on up north of here (the one with the roaring mildewbox).

This site’s a happening place— it’s even got a shortwave antenna out back!! I wonder what that’s for? It appears to be maintained. 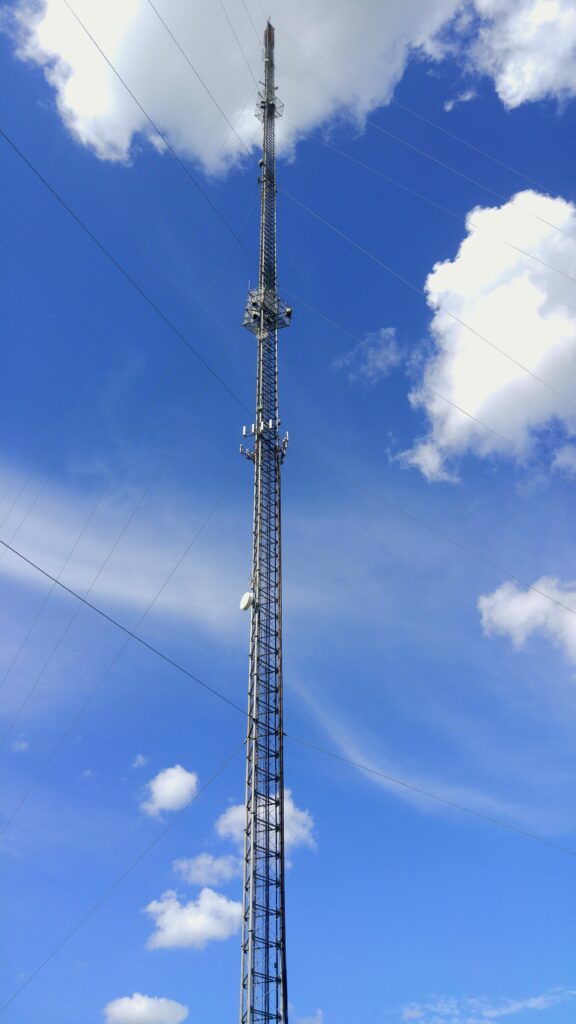 Up the tower, I spy the unmistakable round doghouse forms of a couple of ENG microwave receivers.

Enough with staring at antennas, it’s time to get to work! First we turn on the dummy load blower at the antenna switch controller, which is a—- uhhhhhh.

This site is owned by a certain nationwide network that I’m not allowed to name, along with the actual station itself. They purchased a couple of sites from a public radio group, who had a clever engineer in the mix somewhere who designed and built some custom hardware common to their sites. For instance, this type of switching unit for the dummy load blower:

Seems like a great idea, but it was done horribly wrong— the air vane switch isn’t used, so if the wall wart or solid state relay ain’t feeling up to it, you can turn the transmitter on into the load with no fan running.

(As seen in: The Night of the Smoking Dummy Load.)

It’s even funnier at this site. The switches to activate the load fans didn’t do anything, and I looked at the back to see…… ummmmm

Imma just gonna go over and use the manual override thanks. Preparing for surgery…..

Okay, so here we go…. filament on… plate on… comes on and shows LVPS B is dead. Okay then. This was actually something I kind of expected to find from the description of the transmitter’s behavior. I found the breaker for it tripped and tried resetting it. I… don’t think I’ve ever seen that much of a flash shoot out of a breaker before without exploding it into pieces that got stuck in my hair. The power supply was DEAD SHORT on the AC / HV DC side, yet somehow managed not to blow its own fuse… Swapped it for the spare that was there on site, reset the breaker with a piece of PVC pipe, and… it worked. 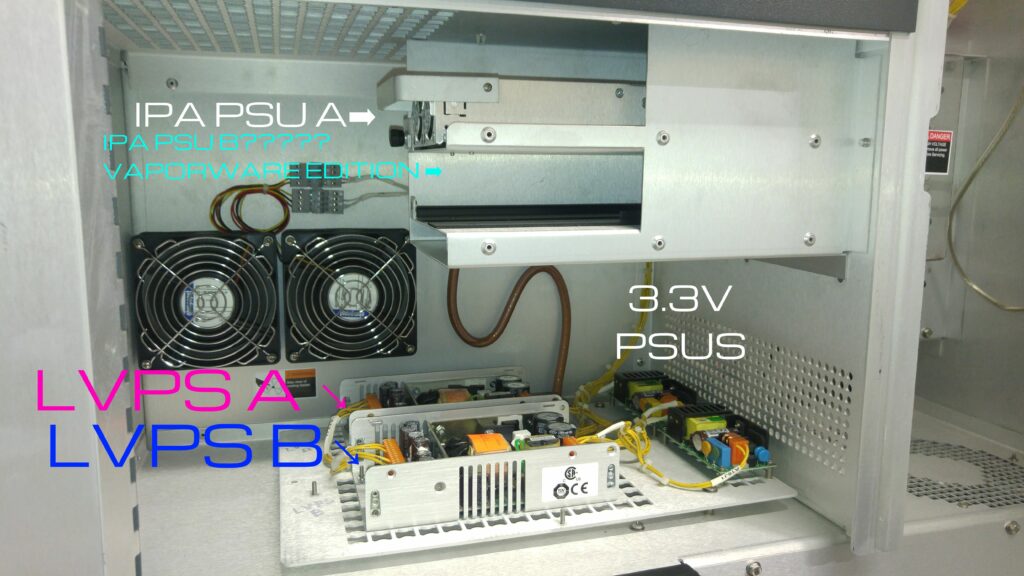 Now I was really about to have fun!

I could sometimes get it into plate on after a couple tries, but I’d have no IPA power. This was resolved by pulling and reseating the IPA supply, which had green lights on, but nobody was home?

Now, I could get it up and running again, but it would run for a few seconds then throw faults for Transmitter Interface Communication and Transmitter Configuration.

This made me suspect an issue between the controller drawer/cards and the transmitter interface board. Immediately I noticed some of the cards were a little askew in the backplane sockets, so I pulled out and opened up the card cage and another BIG clue appeared…. 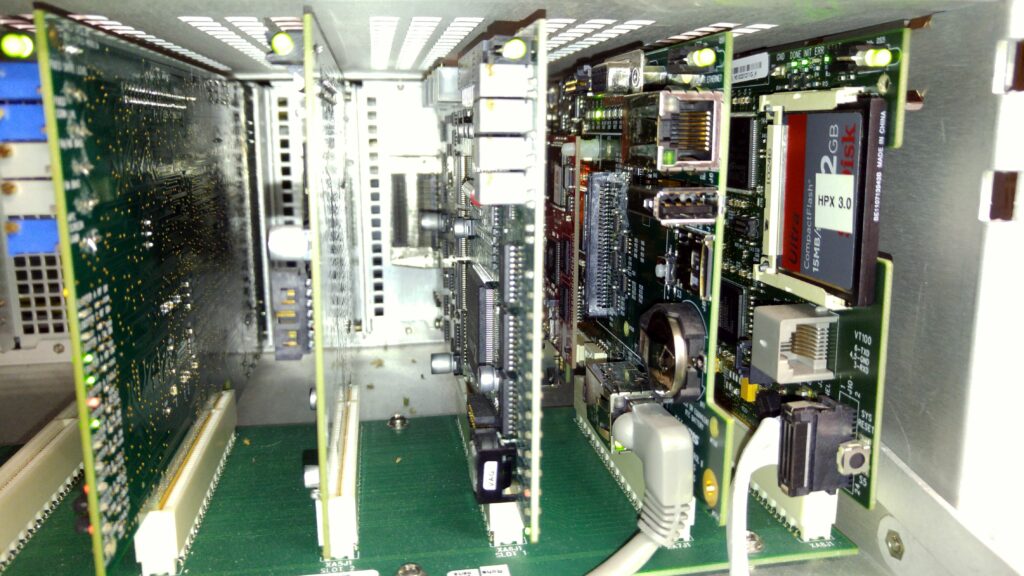 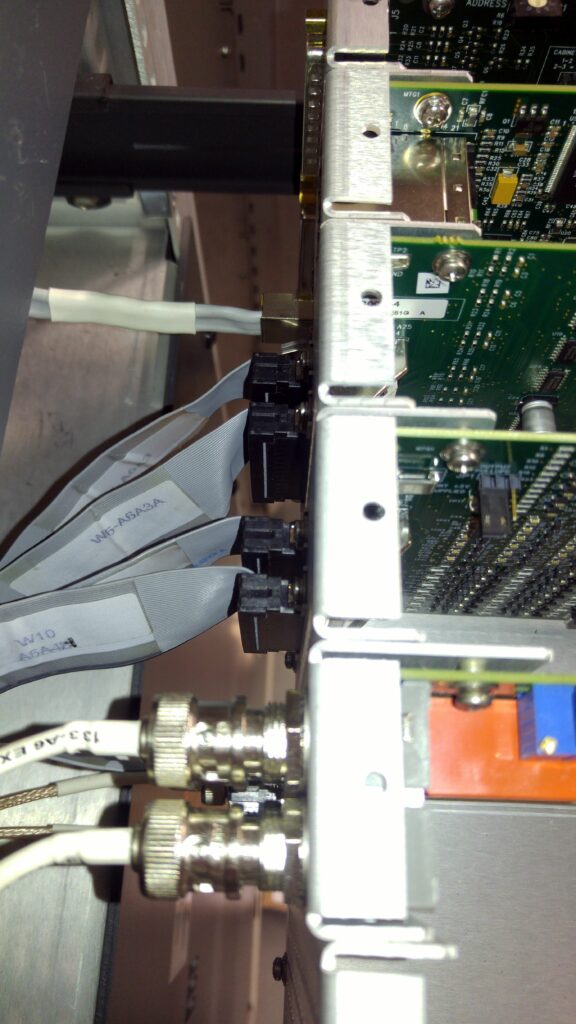 Hey look! It’s *THOSE* ribbon cables, in great plurality, with no retention latches, and they’re all loosey goosey! 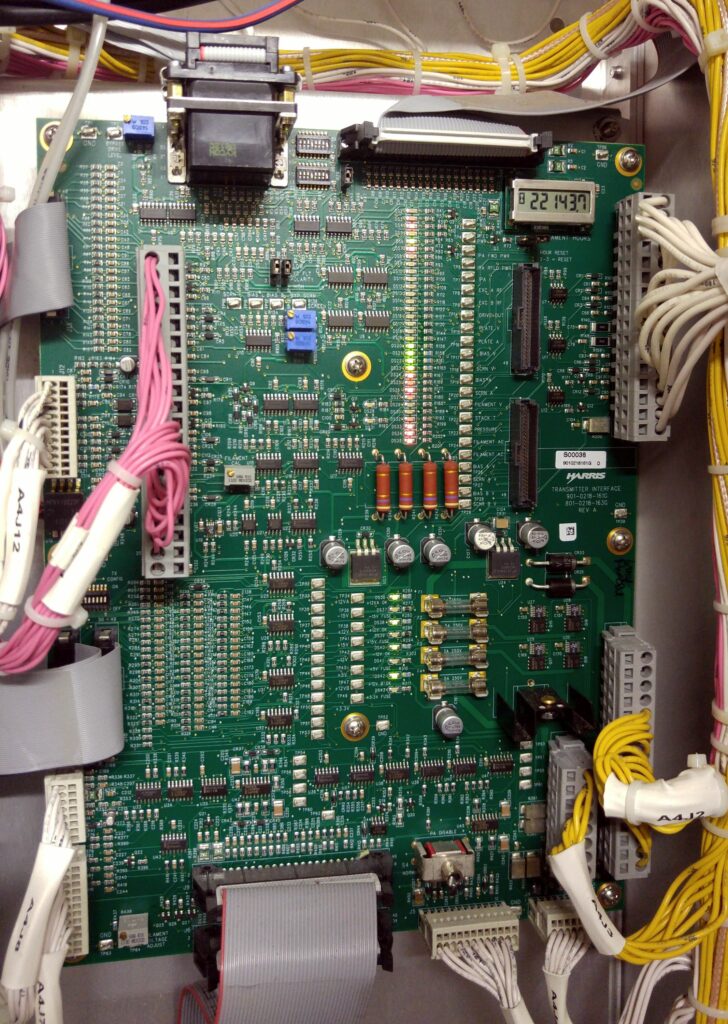 At the interface board they do have snap in latches. I released and reseated each a couple times for good luck. 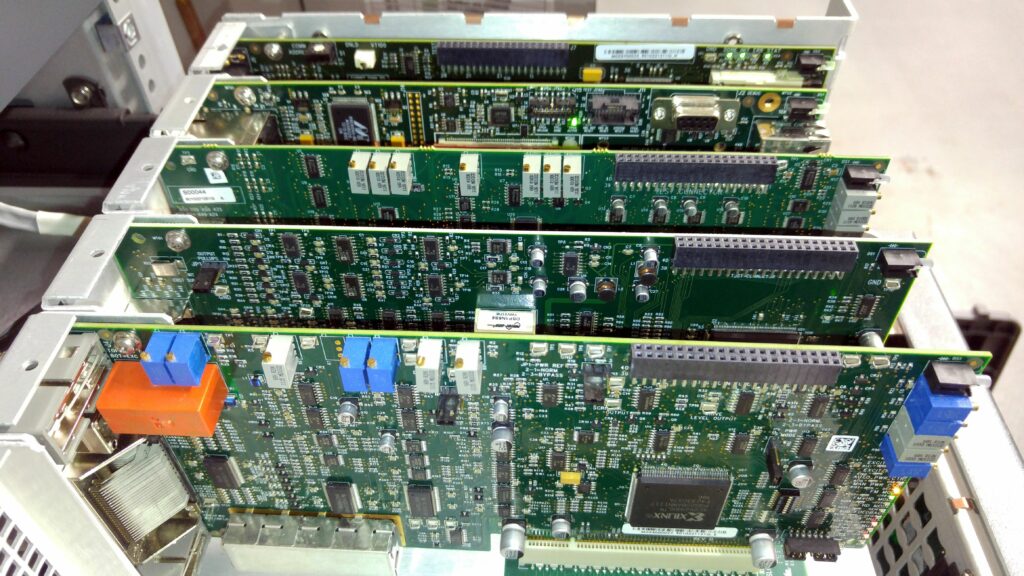 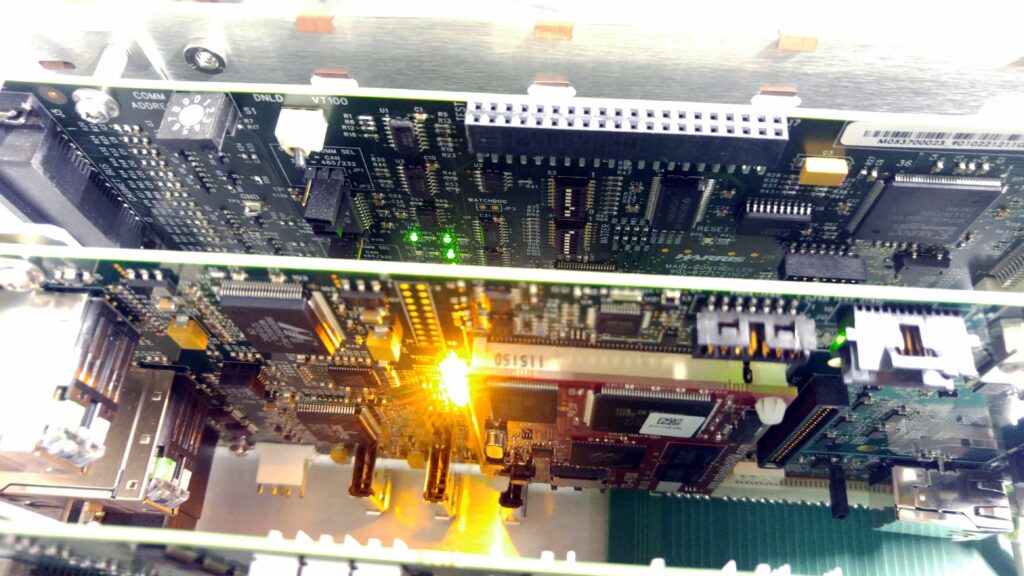 It’s aliiiiiiive. I think the little red daughtercard is actually the embedded Linux PC and the peripherals for it are spread across the upper two cards here.

While looking around in the controller, this caught my eye and I was immediately infected with a sort of immature laughter that just totally made my day and yet made me a little horrified as to the idea of what this button does: 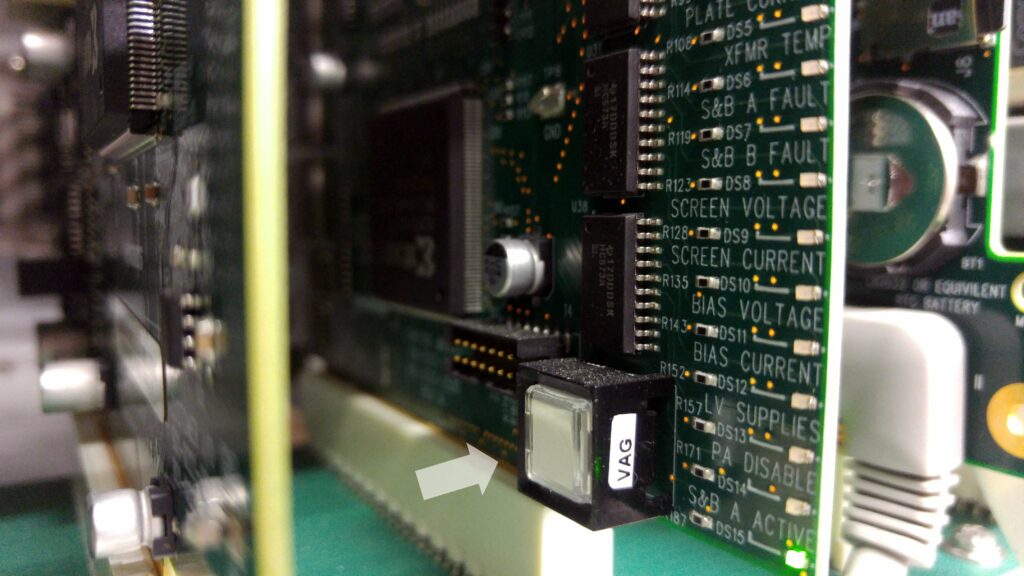 Now, I have everything working perfectly!

Oh, here’s a great blast from the past. Guess what the IPA is? 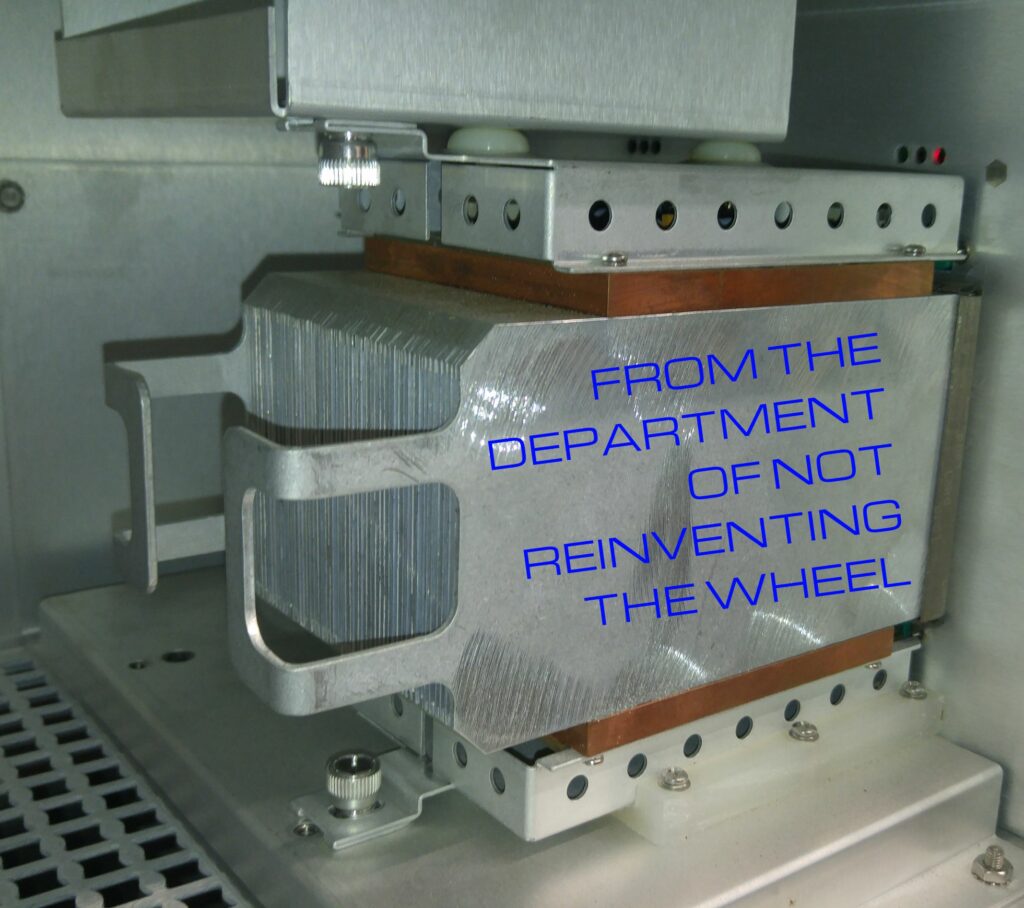 If you look down my blog you’ll see where I’ve had….. issues…. with the Z transmitter architecture, but the pallets themselves are just great! The same pallet lives on as an intermediate amp in the HPX, probably the linear version to support HD Radio. 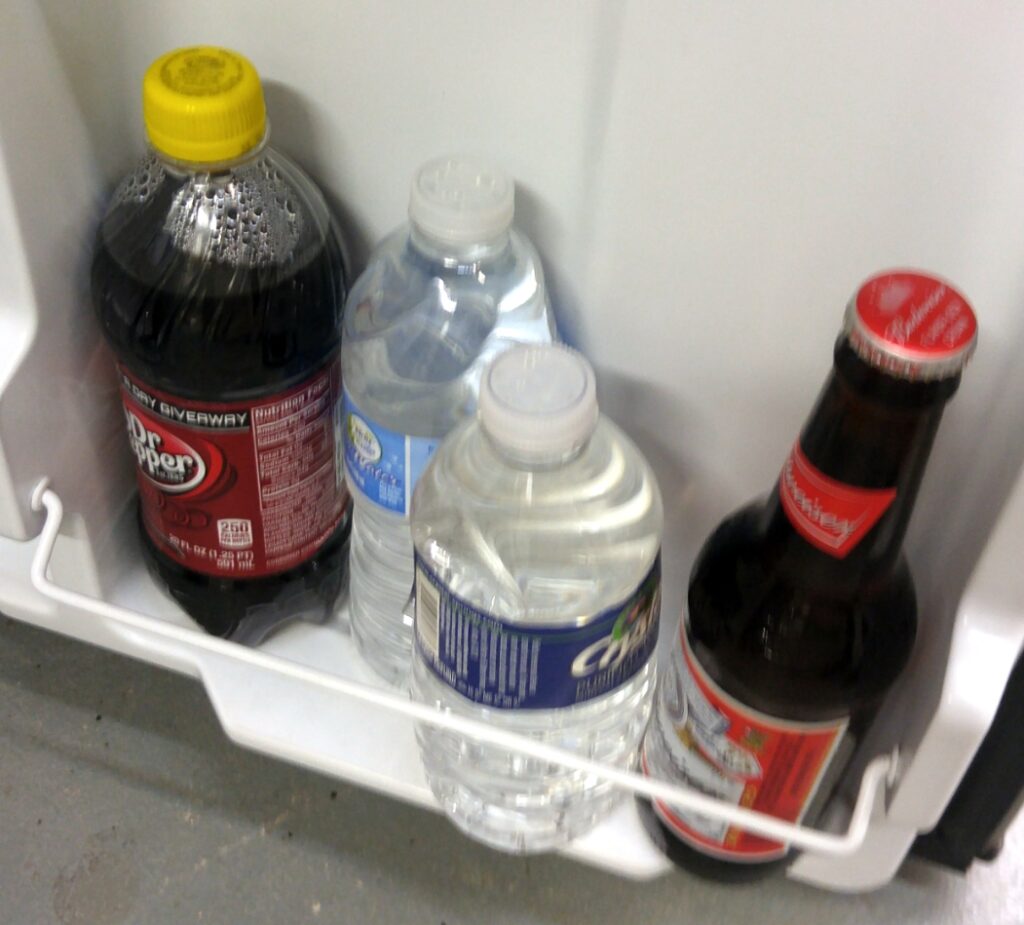 That stack temperature is almost as cool as the emergency brewski somene left in the refrigerator. 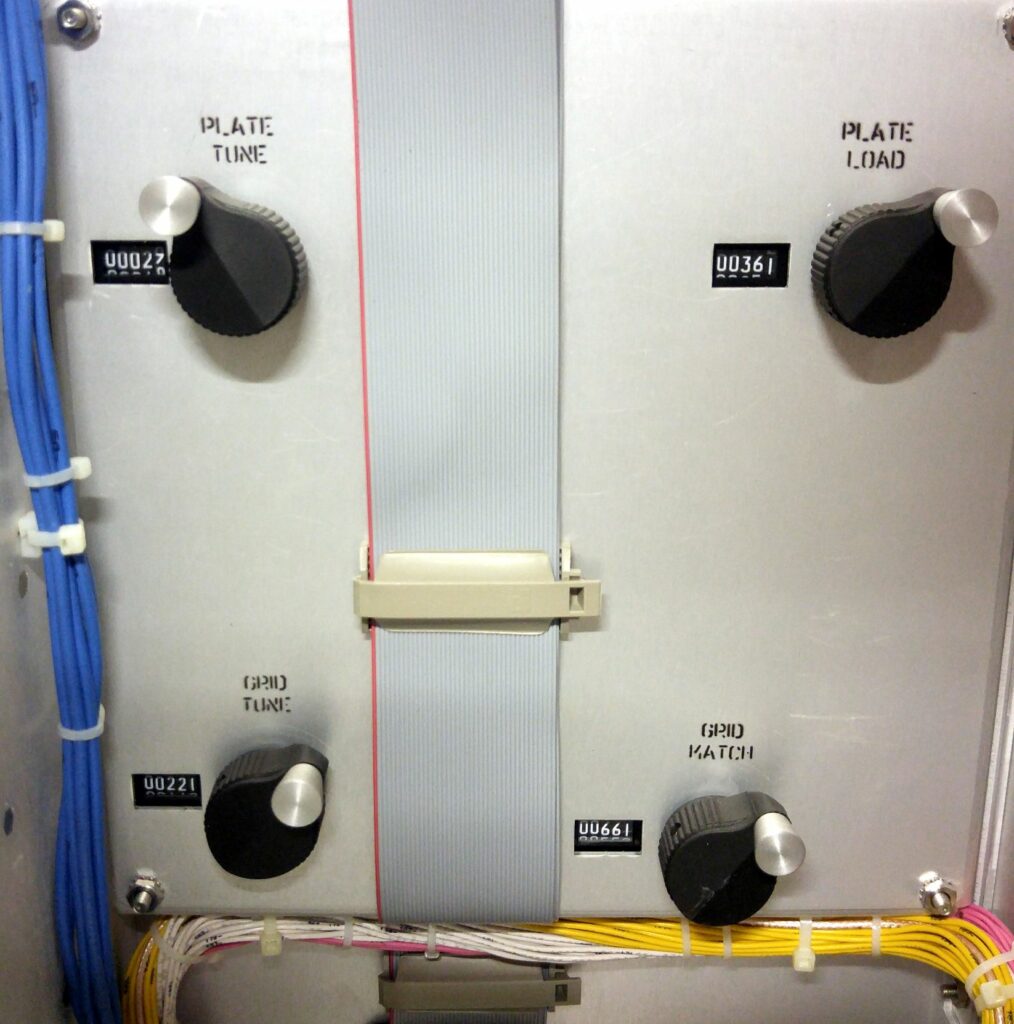 I did mention it’s tube, right?

Now that it was all up and running, it was time to enjoy a Florida Gulf Coast sunset…. 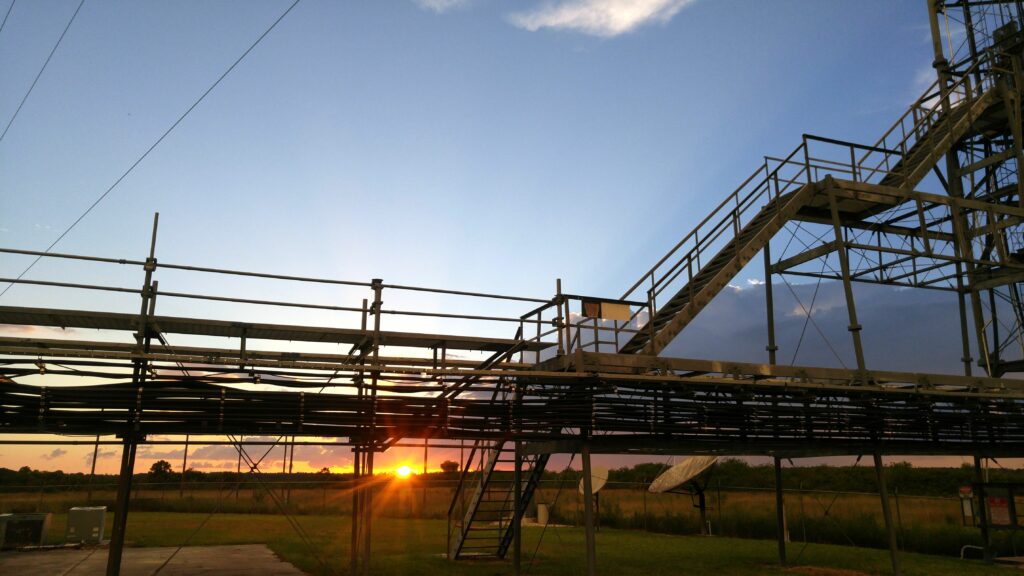 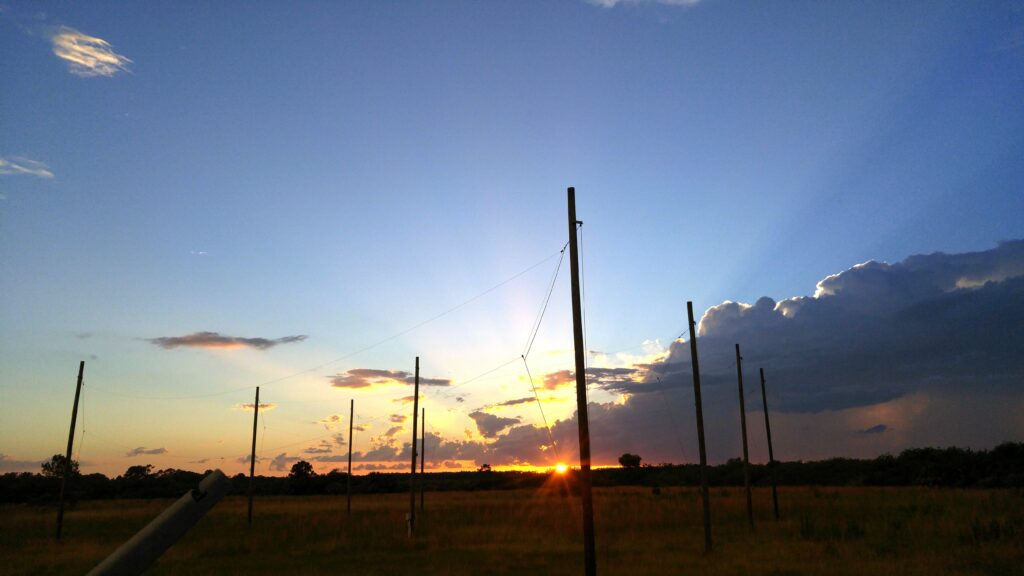 It’s pretty, though… in the near future you will probably see me posting some sunsets with mountains in them. More on that to come.

Shitpost tag also used on this post because— come the hell on I spent half the day laughing inappropriately over this transmitter having a VAG button.

3 thoughts on “The Harris HPX adventure”